Based on pieces originally created for Grace Kelly’s royal wedding in 1956, the timeless designs of our Princess Grace collections continue to captivate today’s linen connoisseurs 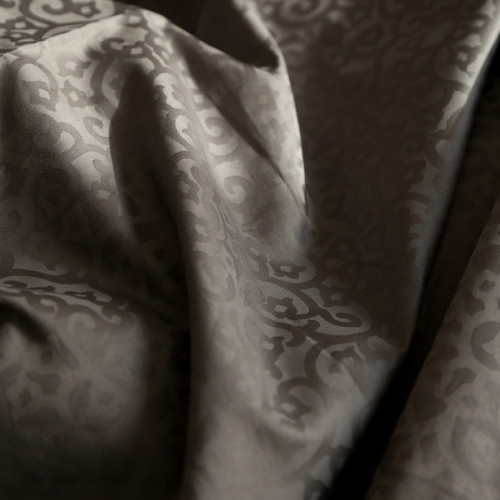 When it was announced in 1956 that the American actress Grace Kelly was to marry Prince Rainier of Monaco, the world was mesmerised by the union of Hollywood, and real-life, royalty – and a style icon was born.

While Grace Kelly’s iconic wedding dress is still much referenced in fashion today, REED has a very personal connection to another of the princess’s wedding-day creations – the extraordinary trousseau of linen that was gifted to her by the U.S. embassy in Paris. In their search for a suitably regal wedding gift for the new princess, the ambassador approached Imperial de Bordados Limitada in Madeira, a specialist linen producer owned by the Reed family, and commissioned them to create a set of one-of-a-kind, completely hand-embroidered table linen and bed linen for the couple’s gift.

Herman Klein – a respected artist of the day in Madeira, and the man behind several of our hand-embroidered designs – was tasked with creating a brand-new design to celebrate the union, and he impeccably rose to the challenge with a confection of appliqué swirls and flowers, organdy and linen appliqués, all in pure white as befitted the royal bride. Today, the original Princess Grace tablecloth still resides in Grimaldi Palace, where it is used for state banquets, while a new generation of Princess Grace designs can be found within REED’s made-to-order linen collections.

Fifty years on from the wedding, in 2006, the Reed family adapted the original design to launch a collection of bed linen and bath linen, which have since become signature REED designs, and enables customers across the globe to bring a little Princess Grace glamour into their home.

“For those wanting to dip into the Princess Grace look, the collection’s towels are a great place to start,” says Karen Reed. “These exquisite towels are made in REED’s 650gsm towelling for a heavyweight feel and highly absorbent performance, and the towels’ luxurious textured design not only looks beautifully decorative in the bathroom, it also massages the skin for an invigorating feel. 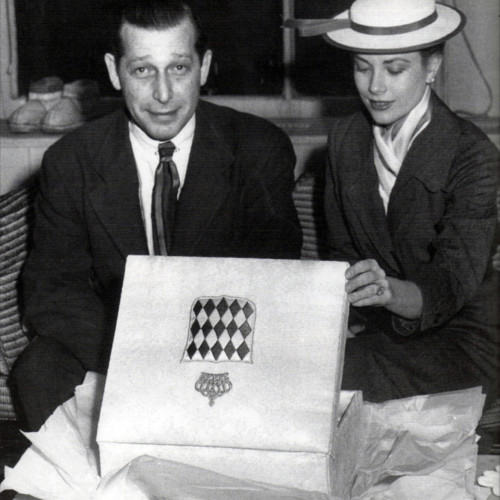 “The towels’ luxurious textured design not only looks beautifully decorative in the bathroom, it massages the skin for an invigorating feel.”

“The American sizes of these towels are also much larger than average, so they feel extra roomy and generous, and just as importantly, they keep their luxurious fluffiness wash after wash”, adds Karen.

“These are the towels we use at home, and also regularly give as gifts, and friends often tell me that they now can’t bring themselves to use anything else! If you are looking for hotel-style towels with a really pampering feel, these towels are an absolute must.” 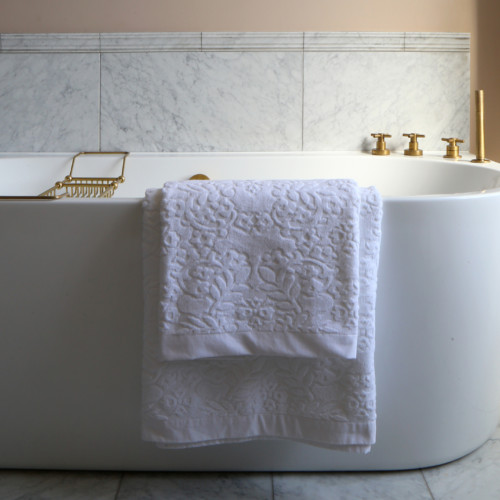 “The Princess Grace look is both classic and romantic,” says Karen. “It is a collection that epitomes timelessness and elegance – just like the personal style of the woman who inspired its creation.” 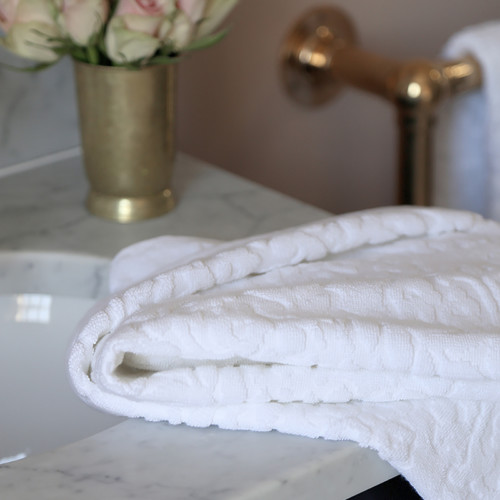 The closest thing to the original design gifted to the newlyweds in 1956 is perhaps REED’s Princess Grace bed linen, which remains one of the brand’s most coveted and luxurious bed linen collections. The bed linen is crafted in a rich jacquard fabric, woven in the collection’s distinctive floral design on 400 thread count Percale fabric. Classicists will be drawn to the timeless white bed linen, while a choice of versatile neutral shades, plus statement-making charcoal black, offer a more contemporary look. What’s more, complimentary swatches of all the Princess Grace fabric colours can be ordered online, giving an opportunity to experiment with them at home before committing to your made-to-order bed linen.

“The Princess Grace look is both classic and romantic,” says Karen. “It is a collection that epitomes timelessness and elegance – just like the personal style of the woman who inspired its creation.”