Why is Suvin cotton the best fibre for bedlinen ? – Reed Family Linen

Our customers often ask us “what is the best cotton for bedlinen?” – in this article we explain how Sea Island, Giza 45 and Suvin growths compare, and which is the best! 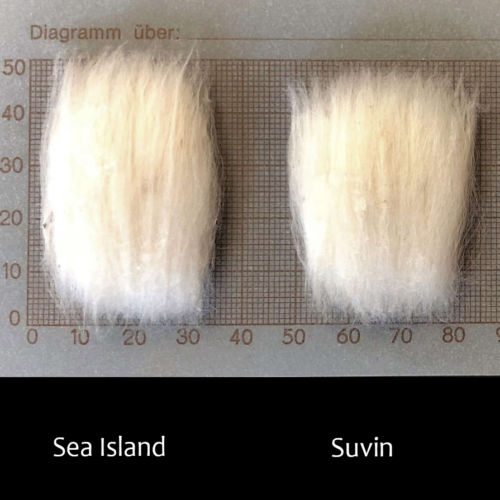 In the same way that distinct types of vine and grape affect the quality and taste of wine, so the choice of cotton growth and fibre which we put into making bedlinen is a subtle science which dates back many years.

The principle that long staple fibres are best suited for spinning into thin and strong yarns is not disputed; and that these fine yarns can then be woven into high thread count cloth constructions which are lighter weight and are hence softer to the touch and silkier to sleep in. For this reason, weavers of bedlinen have spent the past century experimenting with different cotton crops and growths to try and achieve the ultimate sheeting fabrics which are more luxurious to sleep in but which are still practical to use and launder.

In the early 1900’s the best choice of long staple fibre was between Sea Island Cotton (1¾ inch) and the best Egyptian growths (eg Sakellarides 1½ inch). Ian Fleming promoted Sea Island cotton as the fibre of choice for James Bond’s shirts, but harvests on the main Caribbean producing islands of Nevis and Mustique have failed to deliver more than about 150 bales a year (out of the world’s 100 million bale demand for cotton) and hence this scarce fibre was, and still is, used primarily for intimate hand wash apparel items. Many prestigious brands claim to use Sea Island Cotton in their products, but with one bale making at most 25 sets of king size bedlinen, consumers should be wary of sheets which state “100% Sea Island Cotton”.

In 1976 the then Harrods bedlinen buyer asked my father (Peter Reed) to source Sea Island Cotton and weave super king size sheets exclusively for their department. My father travelled to the West Indies, became a member of the Barbados Cotton Exchange and managed to secure ten bales of raw cotton for the Knightsbridge store. The fibre was processed by fine spinners in Bolton, woven by ourselves in Lancashire and sold out completely in the 1977 Harrods Summer Sale in a matter of hours. Despite numerous follow up visits during subsequent years, as a company we were never able to secure consistent workable quantities of Sea Island Cotton for bedlinen, and supplies of raw cotton for a standard 3,000 metre warp (approximately 500 king sized sheets) are still elusive. 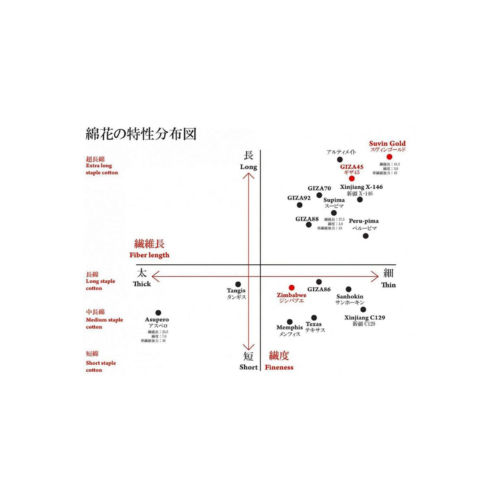 Getting confused? Then maybe the scatter chart below will help you understand how multiple growths of cotton compare with each other in terms of staple length and fibre thickness.

From the 1930’s until the 1980’s bedlinen weavers purchased large quantities of Giza type cottons from the Nile Delta region and growths such as Menoufieh & Ashmouni became household names in the West as manufacturers promoted these branded fibres like wine makers advertised Chardonnay and Burgundy.

Getting confused? Then maybe the scatter chart below will help you understand how multiple growths of cotton compare with each other in terms of staple length and fibre thickness:

This graph clearly shows how successive growths of Giza cotton have been developed and cultivated from Giza 36 to Giza 92 in pursuit of ever longer staple length and fibre fineness. Giza 45 has been the most successful of these hybrids and is a heavily promoted brand name in the USA home textile market today.

However since the opening of the Aswan Dam in 1970, the Nile delta region which is home to Egypt’s cotton fields has been gradually becoming less fertile as annual deposits of natural alluvial minerals have declined, and the increased use of pesticides and fertilisers has correspondingly increased. By 2050 up to a quarter of the Nile delta could be arid and infertile due to desalinization, and the growing usage of man made fertilisers in the delta is already affecting marine life in the Mediterranean. 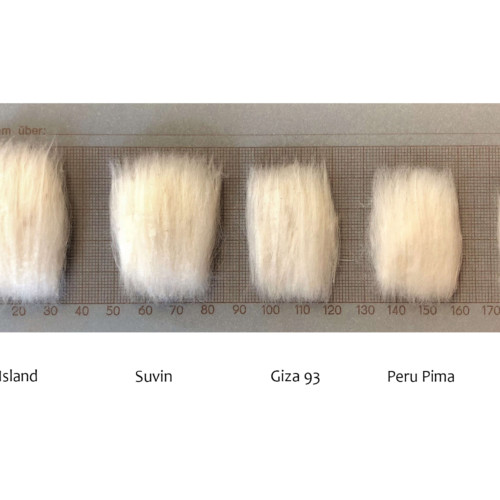 Weavers of bedlinen have spent the past century experimenting with different cotton crops and growths to try and achieve the ultimate sheeting fabrics which are more luxurious to sleep in but which are still practical to use and launder. 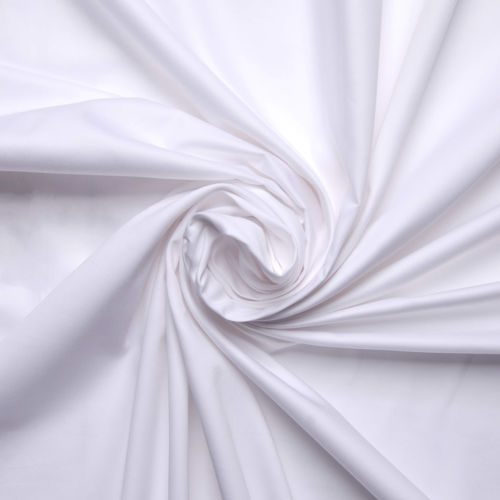 Egyptian grown cotton is becoming increasingly detrimental to the environment and the long term viability of this crop which has been cultivated since the era of the Pharaohs is uncertain.

In 1971 a hybrid of Sea Island and long staple Sujata cotton was developed in the Tamil Nadu province of India. The Caribbean plant used was taken from the island of St Vincent and the new growth was named “SU-VIN” and has since become a worldwide trend setter for cotton yarns.

Production of Suvin cotton grew to over 40,000 bales by the 1980’s and is now considered by many to be superior to Egypt’s Giza 45 and equivalent to Sea Island (and is more available). The finest quality “Suvin Gold” variety has a staple length of close to 2” and is as fine as the best Sea Island growths.

In 2004 Reed Family Linen re-located all its spinning, weaving and stitching production facilities to Tamil Nadu and have predominantly used a mixture of Egytpian and Suvin cottons ever since. Not only has this enabled the company to maintain the quality of our sheeting cloths to the original constructions designed by prior sheet masters in the family – John Moorby, Clifford Reed and Peter Reed – but it has also enabled us to reduce our carbon footprint because of localized manufacturing close to the harvest, and as a result of a reduced chemical impact on the local soil and environment.

It has taken us 170 years, but through five generations of effort we firmly believe that Suvin cotton is the best fibre available in today’s world for making long lasting quality bedlinen.

Try our linen and see for yourself !